In February of 1945, The Herndon served as a destroyer escort on the first leg of Franklin Roosevelt’s historic trip to Yalta in Crimea, Soviet Union.  The conference lasted from February 4th, 1945 to February 11th, 1945. Below is a copy of an article from The Boston Traveler written after his safe return. 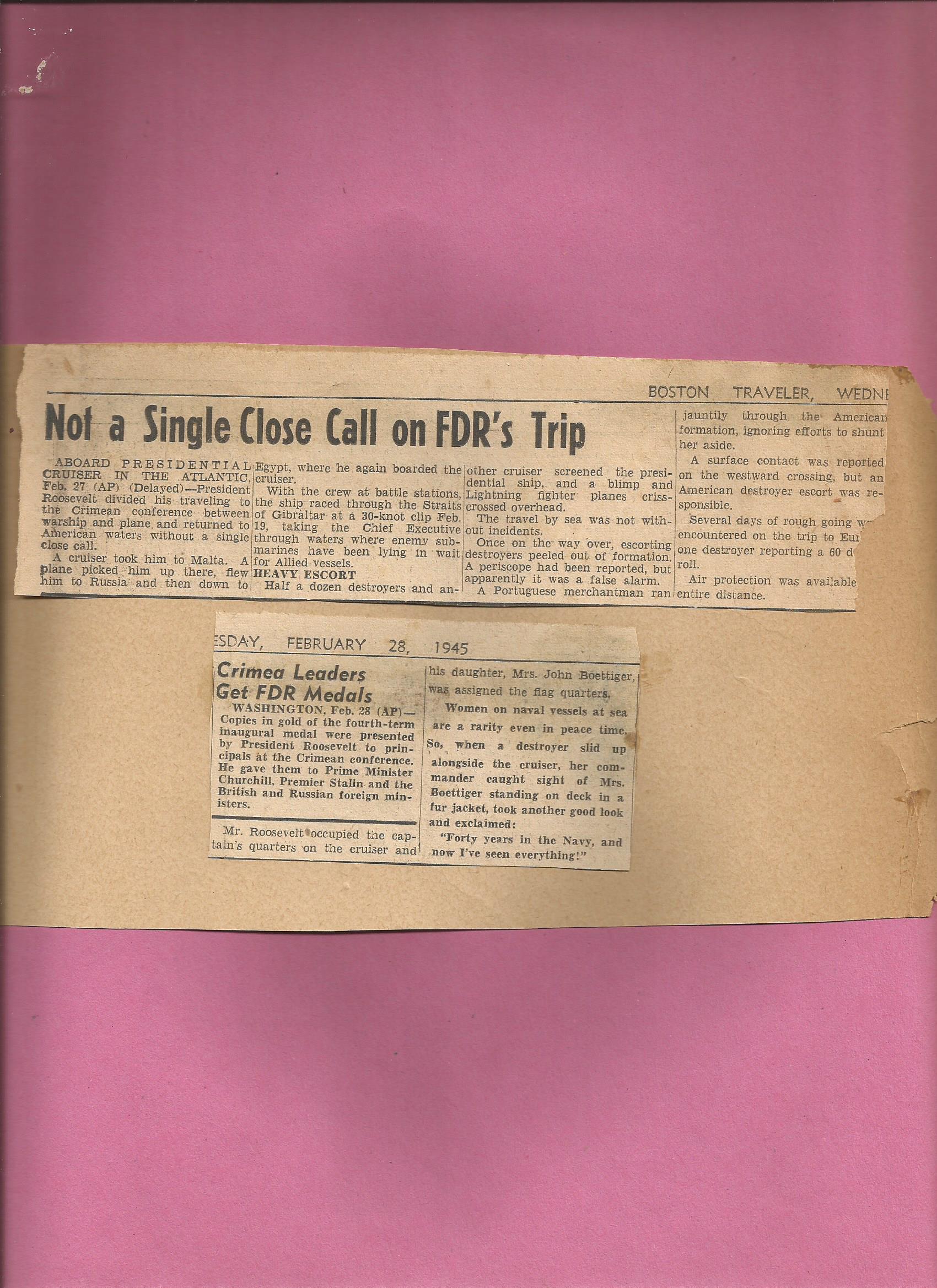 Only two months after the conference, on April 12th, 1945, Frankin D. Roosevelt, 32nd President of the United States, passed away.  At the time of his passing the Herndon was docked in Boston and was soon to sail to the Panama Canal Zone and pass through into the Pacific theatre of war.  Below is a bulletin of a church memorial service held at the US Naval Yard in Boston. The service was held three days after his death. 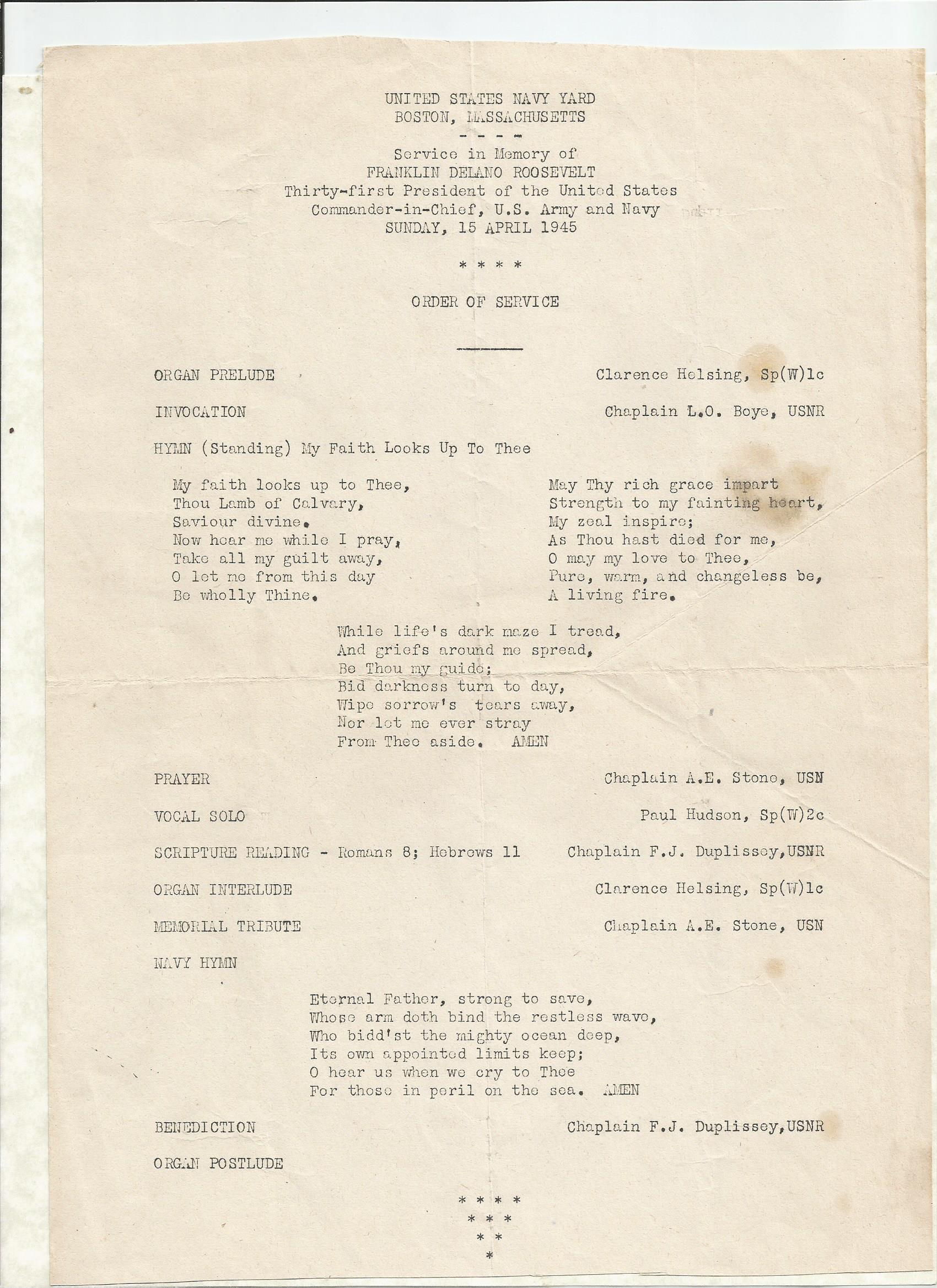 More to come on the page.