Tom Wolf was a news journalist assigned to the Herndon just prior to the invasion of Normandy on June 6th, 1944.  A few of his accounts are shown below. Later in life, in a May 1984 article in Smithsonian Magazine titled “D Day Remembered: ‘a brief afterglow of battle survived’ he once again reflects on his service.  In closing his article he writes:

“Anyone looking back on World War II, even as an observer, is likely to recall the brief, euphoric afterglow of any battle survived.  For a moment life seems totally without guilt-or responsibility. All debts are paid. The simple fact that you are alive is all that matters. I’ve often wondered if these glimpses of perfect blessedness may not help explain the inexplicable: the fact that men go on accepting the agony of war.” 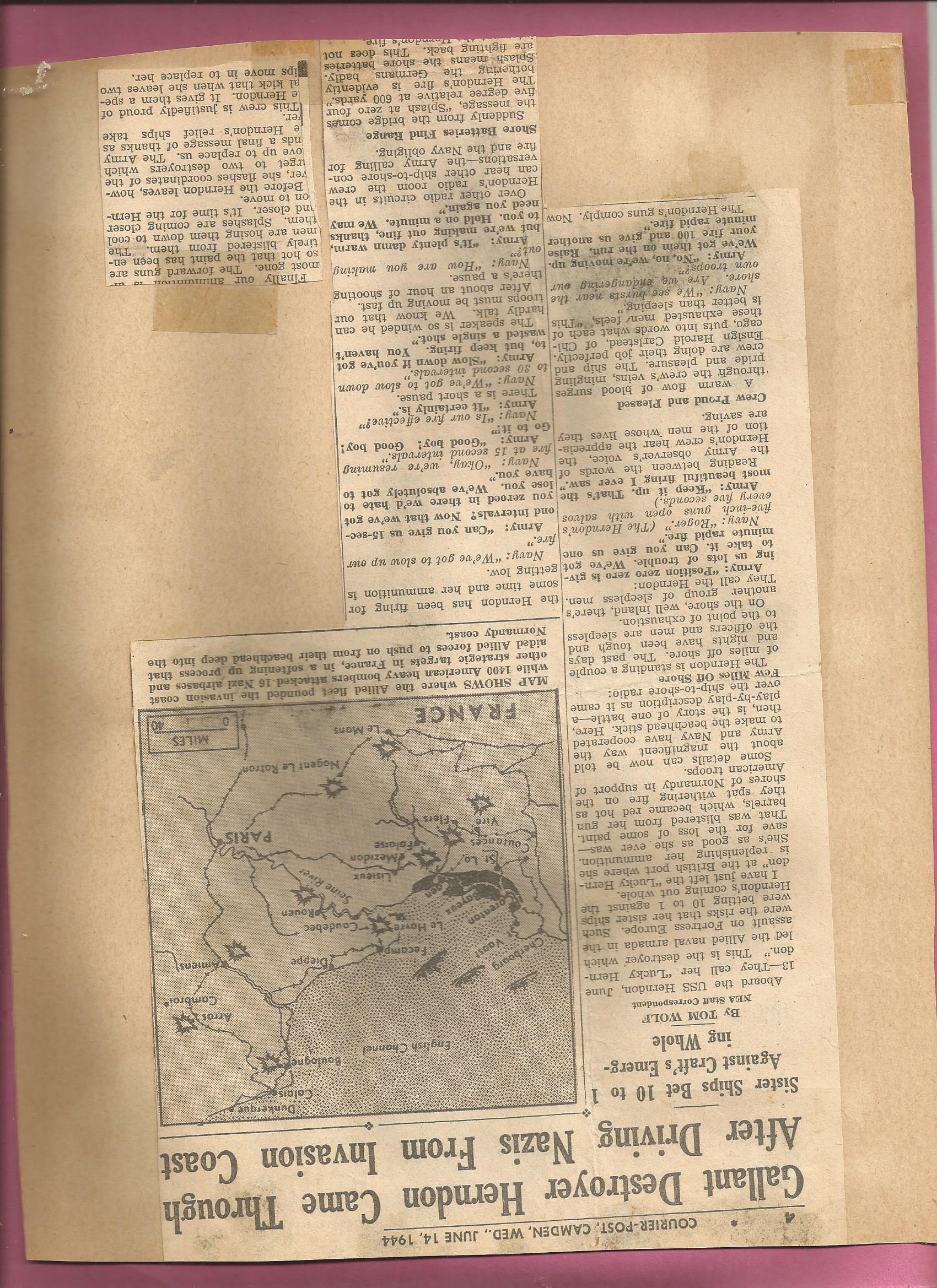 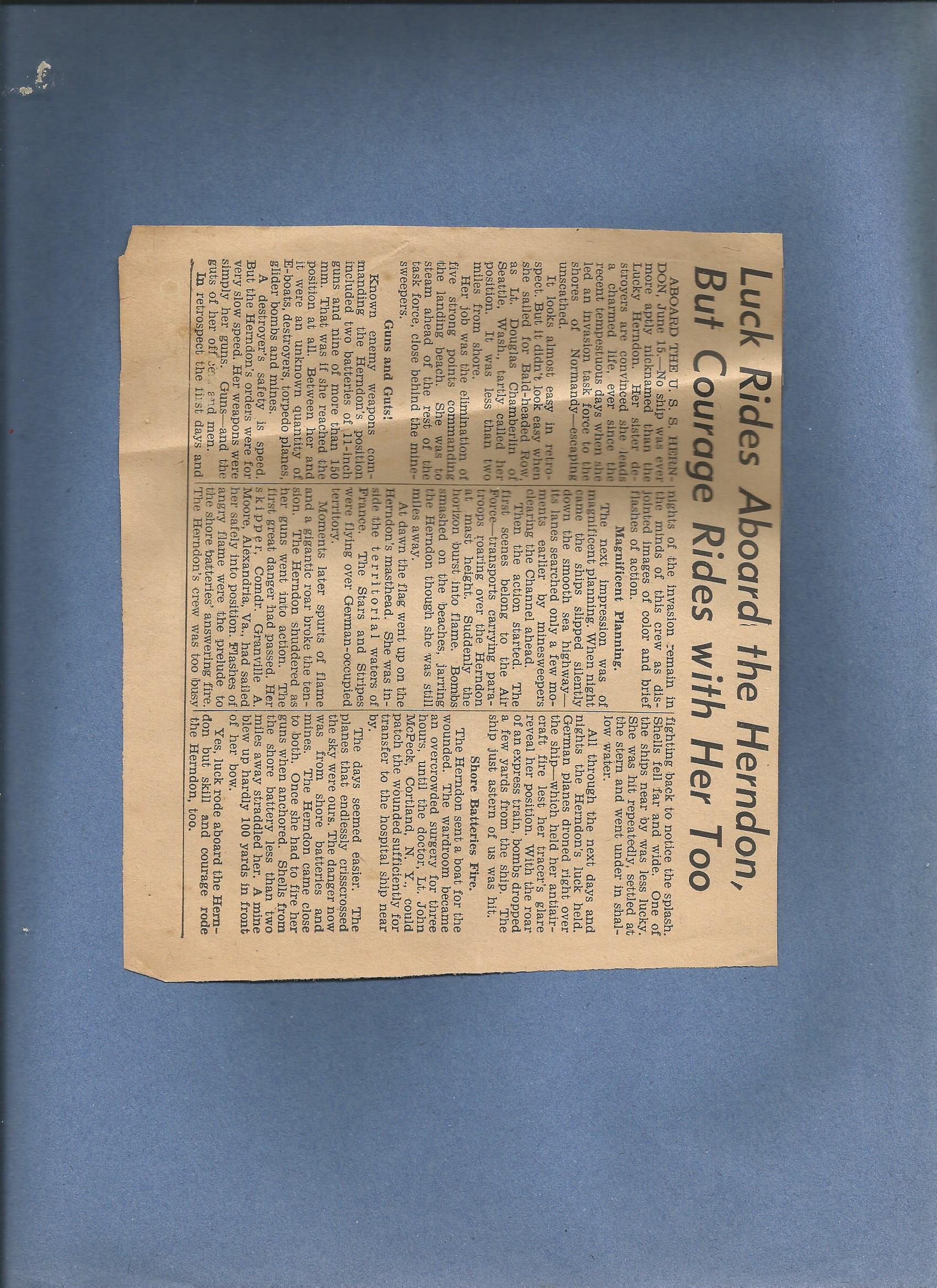 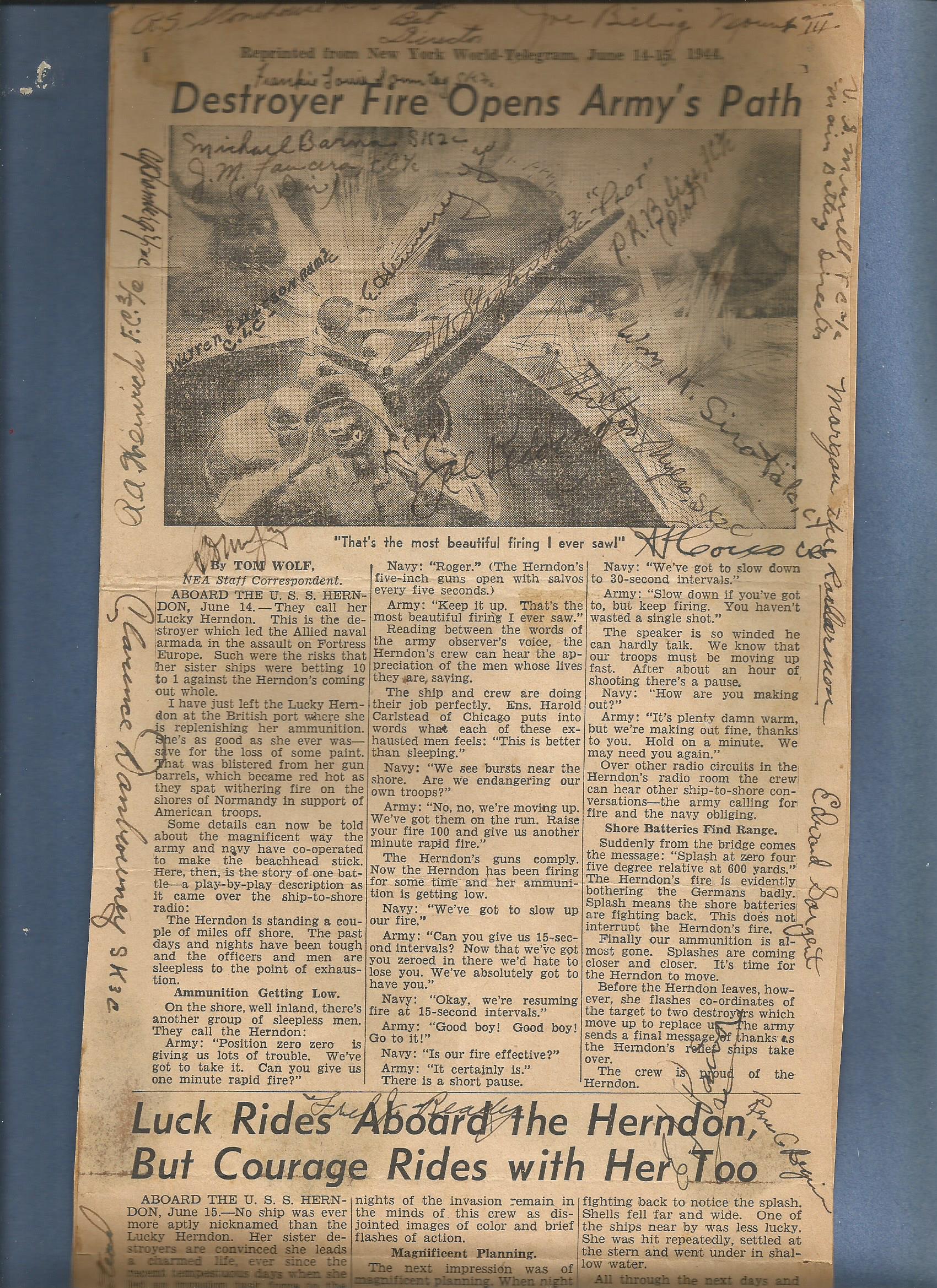